Perfect day for a solar installation in sunny Antioch, California! 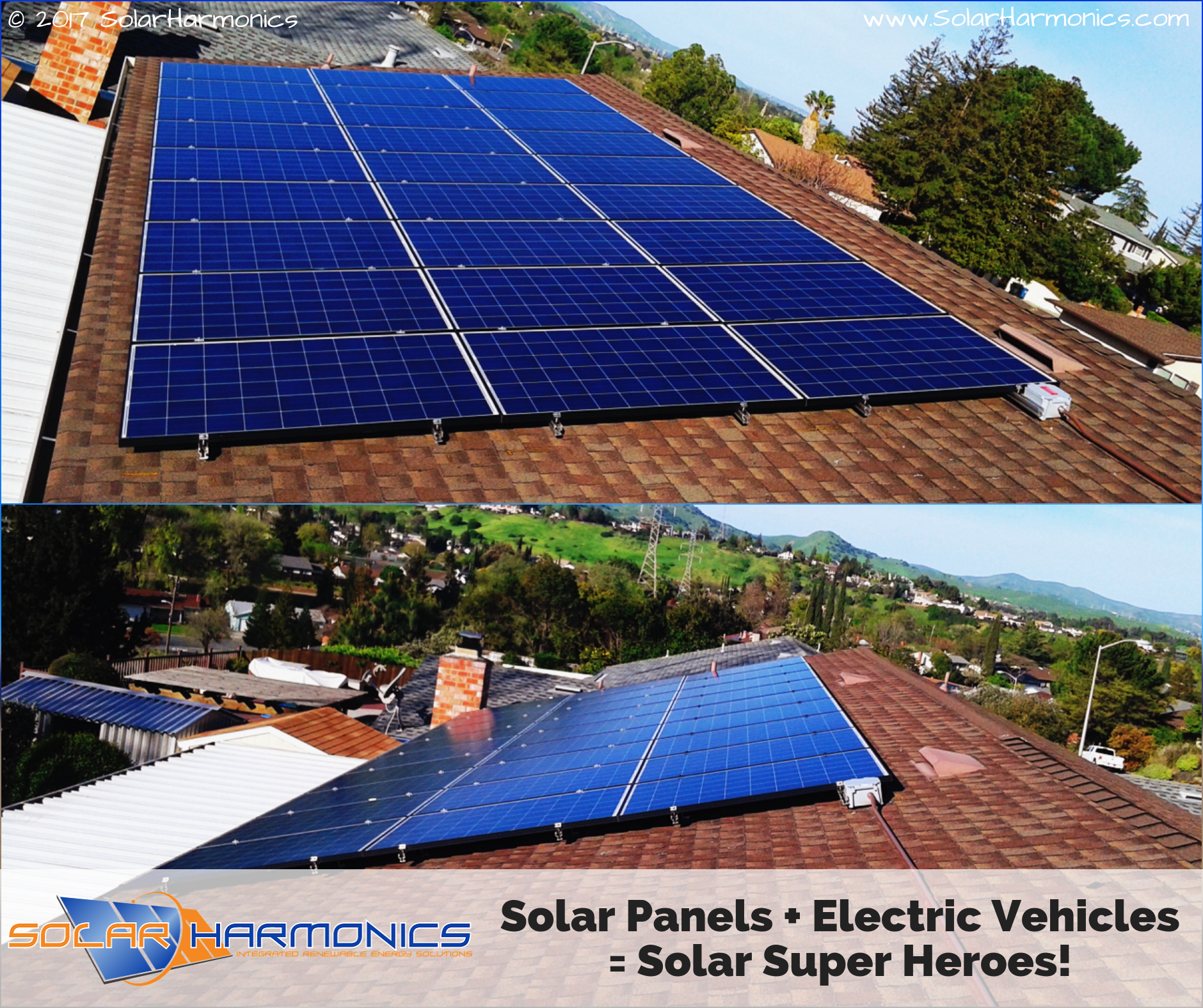 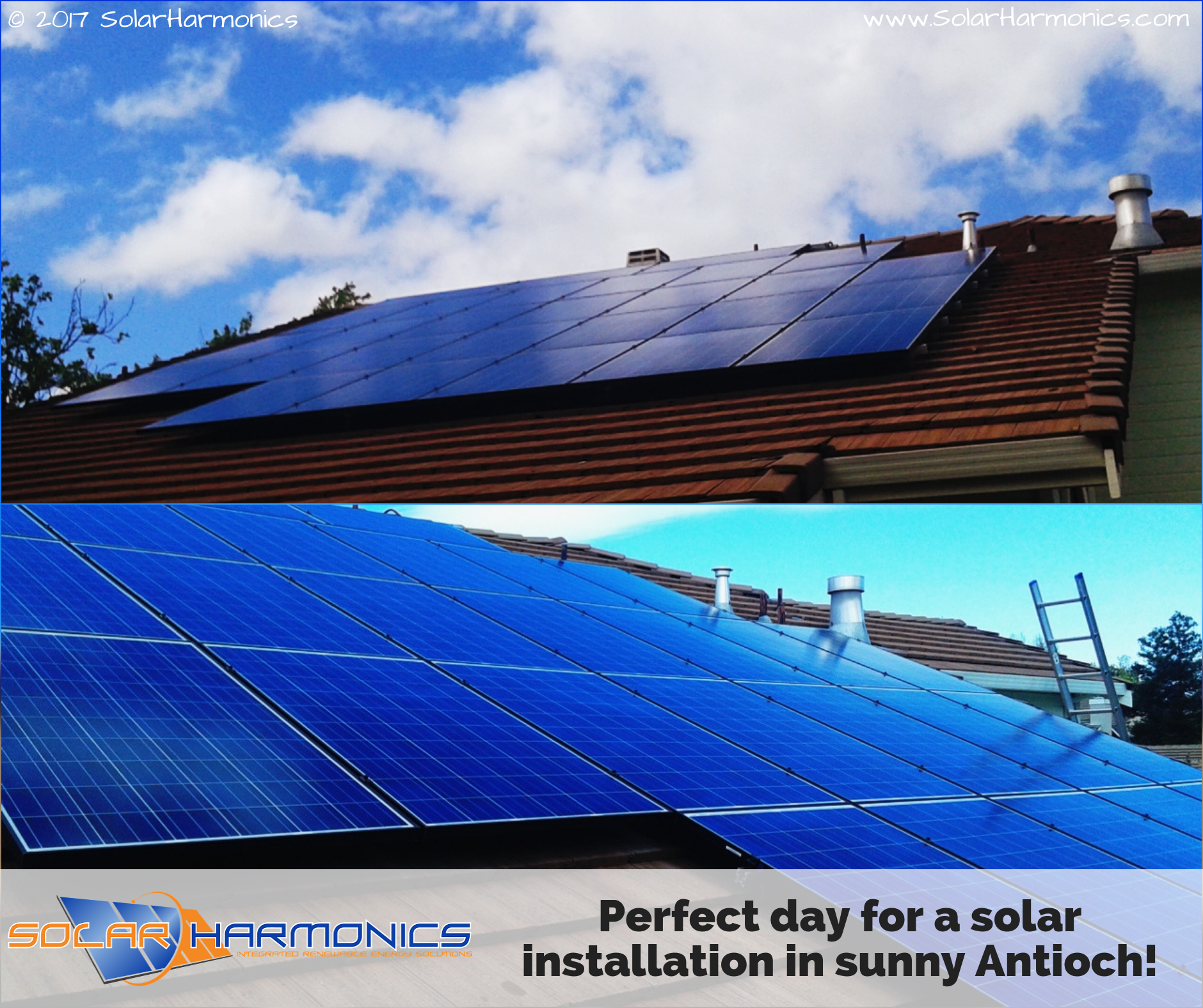 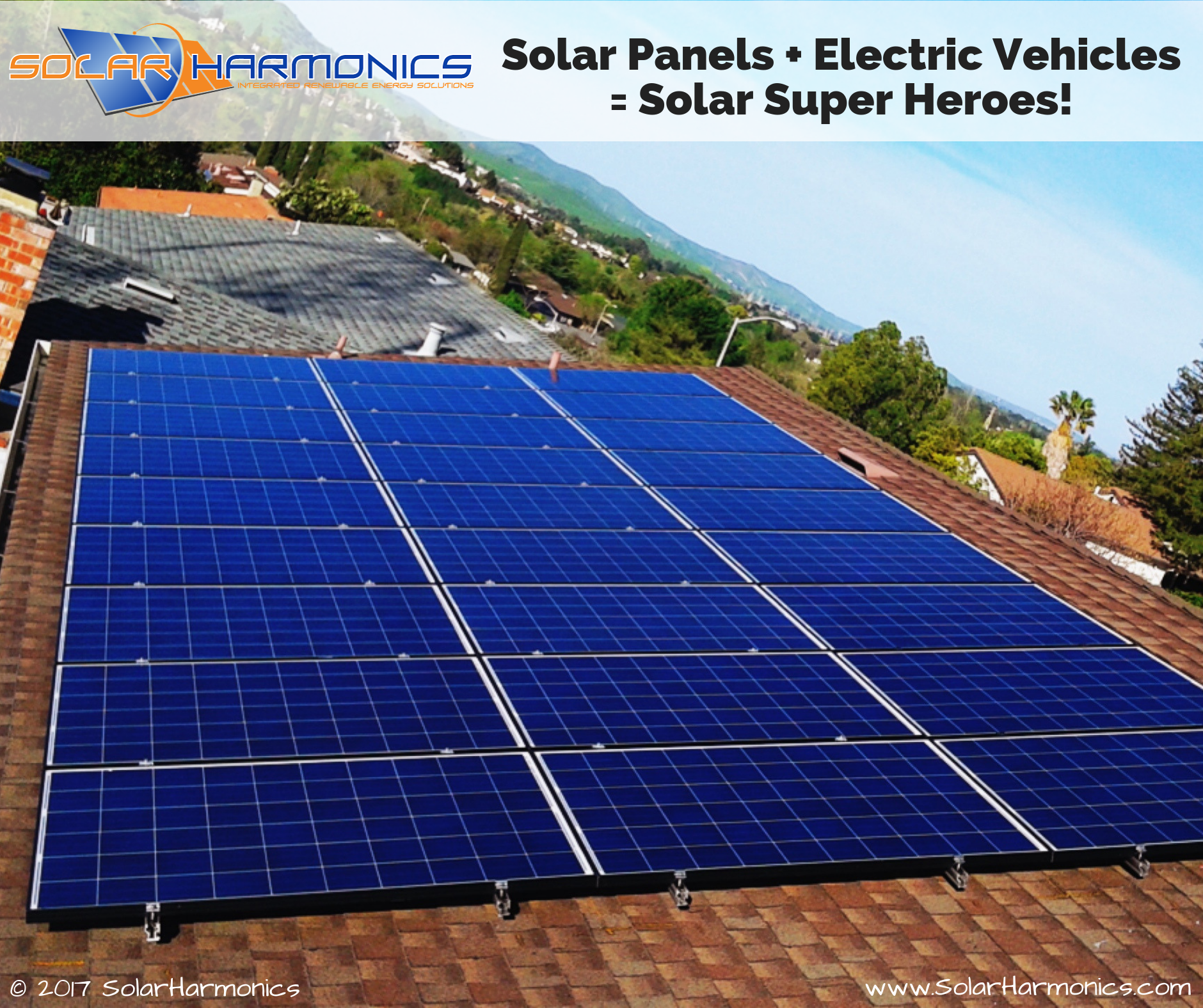 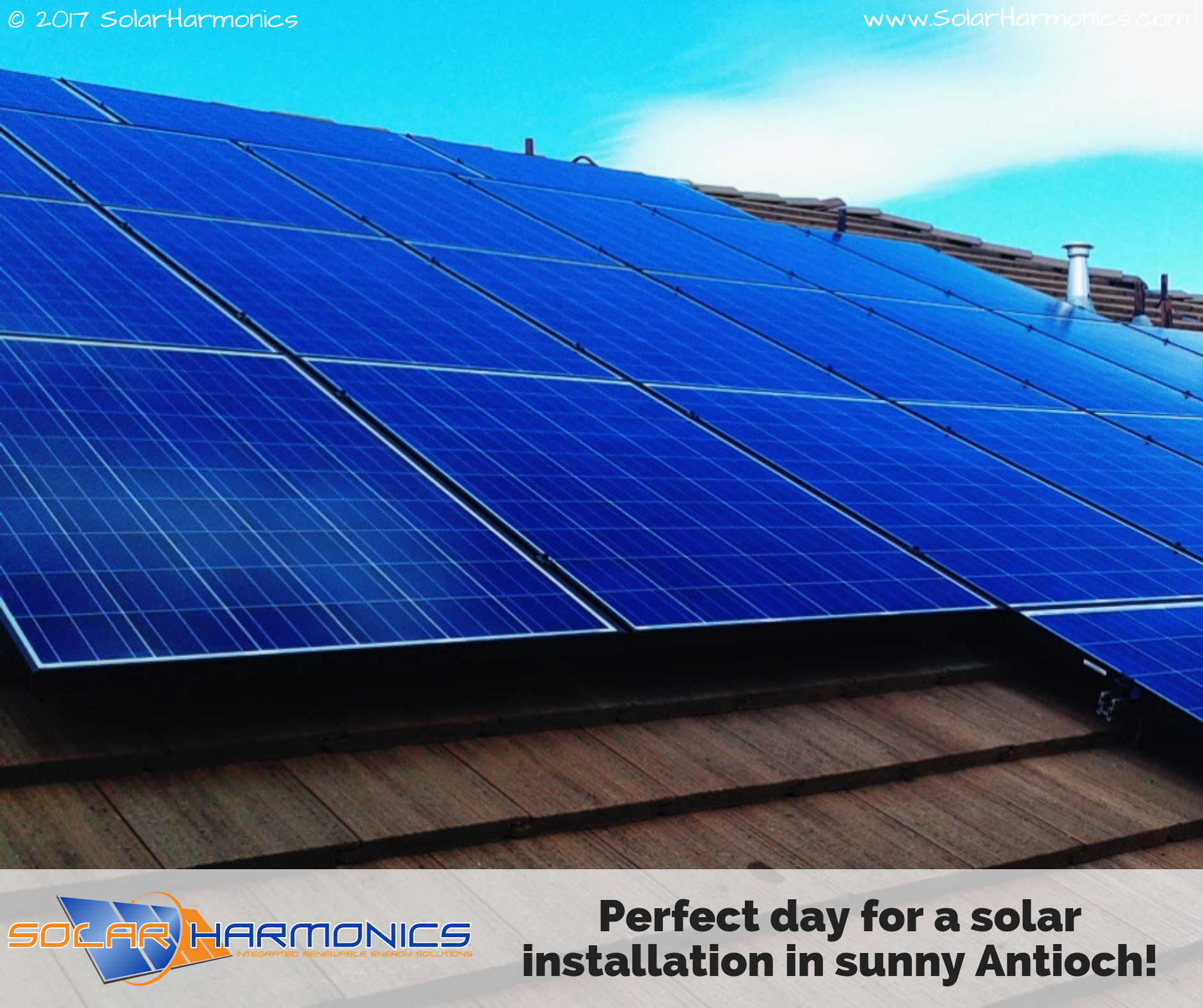 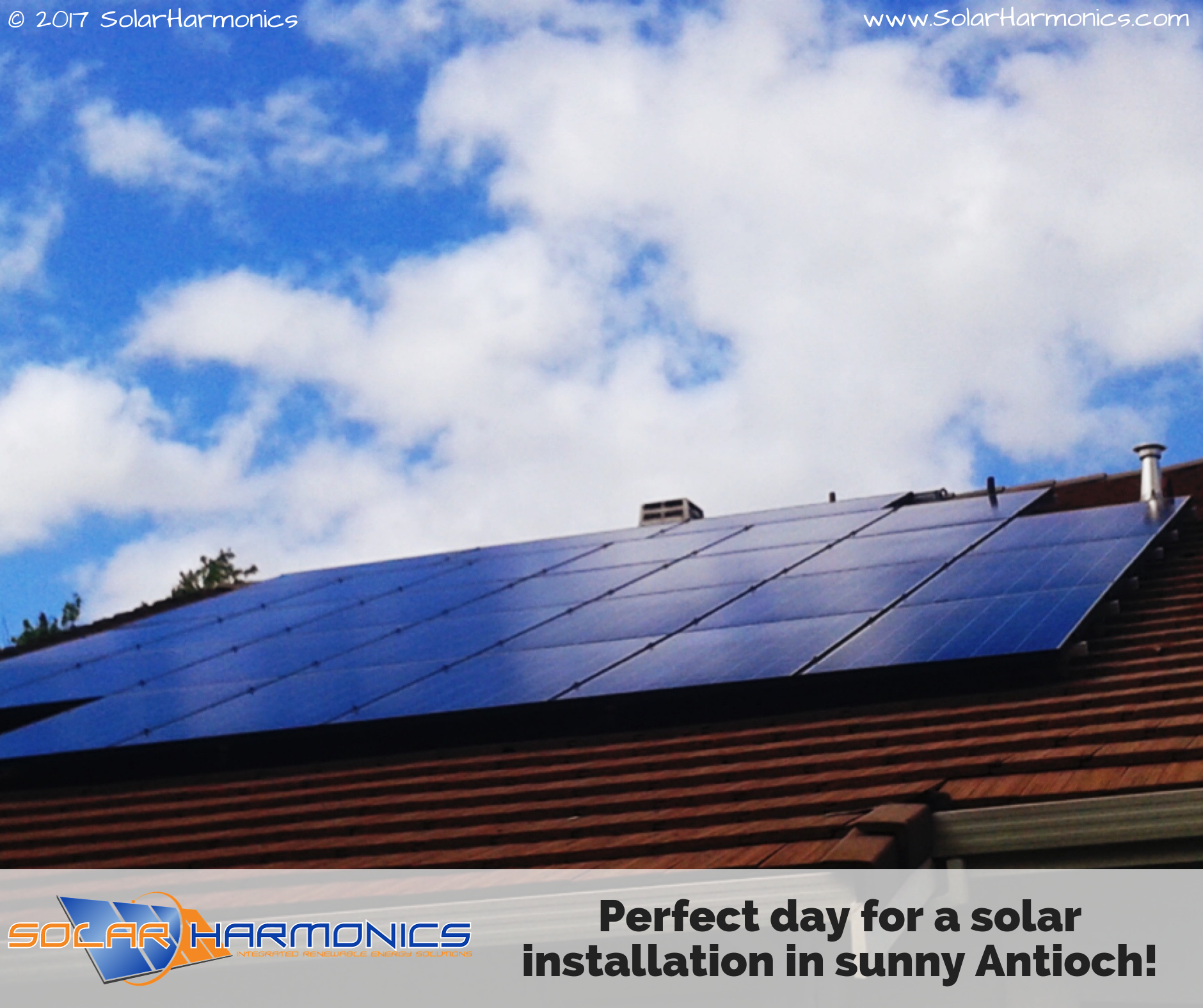 Antioch (formerly East Antioch, Smith’s Landing, and Marshs Landing,) is the second biggest town in the county of Contra Costa, California, USA. Situated along the San Joaquin-Sacramento River Delta in the East Bay region of the San Francisco Bay Area, it is a suburb of San Francisco and Oakland. At the 2010 census, the population of the city was 102,372 and was estimated at 110,542 in 2015.

Antioch is one of California’s oldest cities. John Marsh, proprietor of Rancho Los Meganos, one of California’s biggest ranches, constructed a landing in what is now Antioch on the San Joaquin River in 1848. It became known as Marsh’s Landing, and the 17,000-acre rancho shipping point. It included a pier that extended well into the river, allowing ships to tie up there at any time of the year drawing 15 feet of water. The landing also included a slaughterhouse, a ham smokehouse, rodeo grounds, and even an 11⁄2-story dwelling, embellished with fretwork, which was carried around the Horn to serve as a home for the mayordomo and his wife.

Antioch is the gateway to the Delta, situated in Northern California on the banks of the San Joaquin River. Just off Highway 4, County Contra Costa.

Antioch has become the core of Eastern Contra Costa County with a population of over 100,000 individuals, providing a range of jobs, shopping and vast recreational activities.

Land is abundant and inexpensive compared to other areas of the Bay Area. Retail and office space typically leases 20 to 30 percent less than similar space in central Contra Costa County in Photo of Old West in Antioch Antioch.

Antioch is one of the few societies offering affordable housing in the Bay Area.